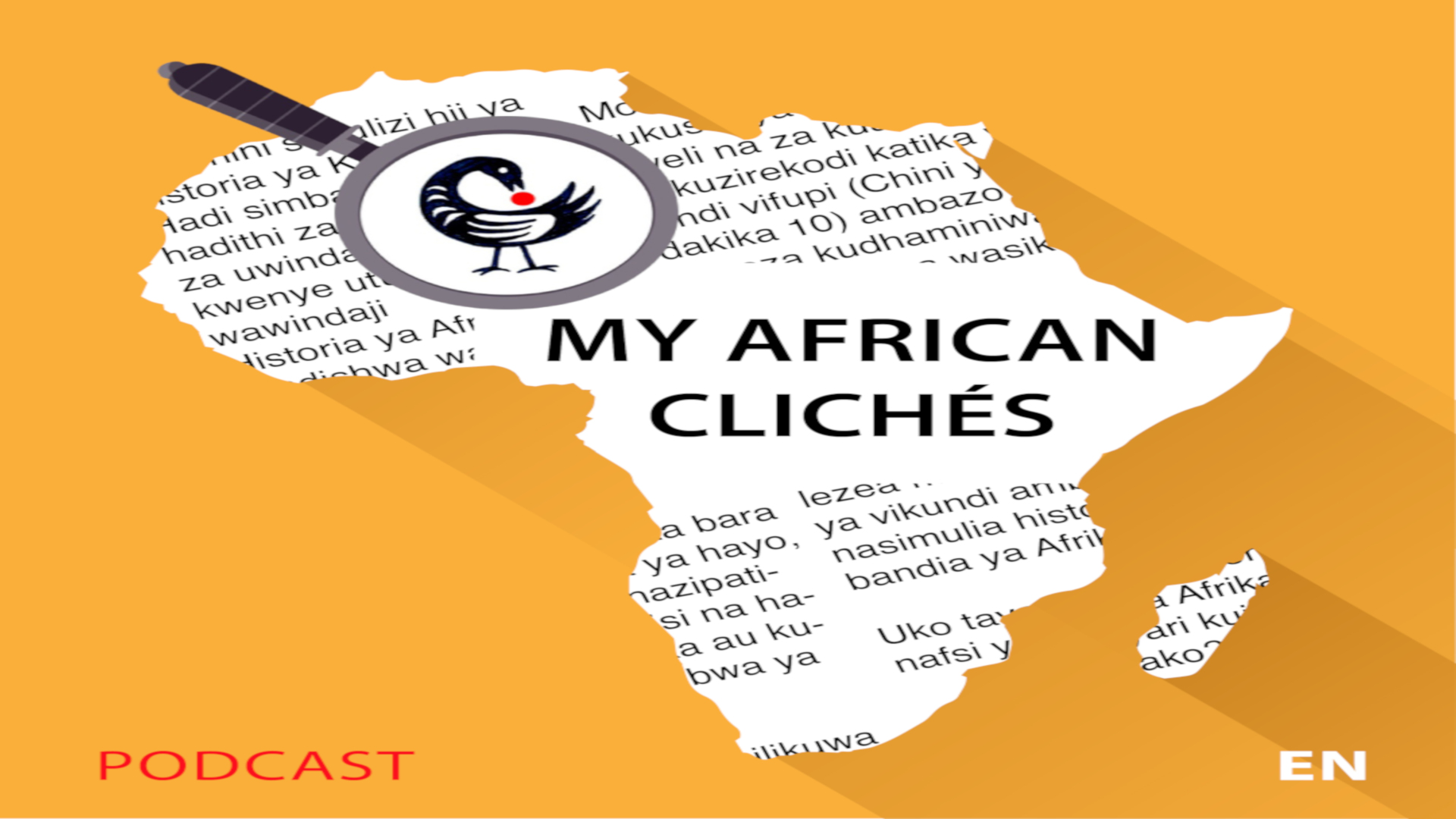 #1. Which country has a main avenue called "King's African Rifles Drive", from the name of the British armed division which crushed dozens of Mau -Mau independence fighters?

Uganda gained independence in 1962 after almost 70 years as a British protectorate, and more than 5,000 people have signed a petition to “decolonize and rename” the dozens of statues and street names which remain. Among the disputed statues is one of Lord Fredrick Lugard, a prominent military colonial official in east Africa with a reputation for cruelty. Campaigners want to change the name of King’s African Rifles Drive in Kampala, named after the British unit deployed in the brutal campaign against the Mau Mau uprising in neighboring Kenya

#2. In Khartoum, Sudan, the British Embassy is located on an avenue named after one of the largest slave traders in the region. What is the name of the avenue?

Al-Zubayr Rahma Mansur Pasha (1830 – January 1913), also known as Sebehr Rahma or Rahama Zobeir, was a slave trader in the late 19th century. He later became a pasha and Sudanese governor

#3. Brazzaville was named after a French /Italian colonizer Pierre Savorgnan de Brazza. What was her name before?

Savorgnan allegedly raped  a Congolese woman, a princess and the equivalent of a Vestal Virgin & looted villages. His legacy does not justify the persistant tribute.

#4. In which country do we find the Christiansborg Castle that was named after the King of Denmark, Christian IV?

Osu Castle, also known as Fort Christiansborg “Christian’s Fortress’’ (named after the King of Denmark, Christian IV) or simply the Castle, is a castle located in Osu, Accra, Ghana on the coast of the Atlantic Ocean’s Gulf of Guinea. The first substantial fort was built by Denmark-Norway in the 1660s and has been rebuilt several times.

#5. Malanville, a cross-border commercial town in Benin was named after a French colonial governor of Dahomey. What was his name?

Malanville is a city, arrondissement and commune in the Alibori Department of northeastern Benin, located across the River Niger from Niger. It is named after the French colonial governor of Dahomey. It is also a center for rice-growing.

#6. Which town in Botswana was named after Francis Daniel (English prospector), the 2nd largest city & was the center of the first gold rush in Southern Africa?

Francistown is the second largest city in Botswana. Named after Francis Daniel & it’s often described as the “Capital of the North.” It is located in eastern Botswana, about 400km north-northeast from the capital. Francistown is still surrounded by old and abandoned mines.

#7. In which country did the French colonial administrator & army chief Emile Gentil give his name to a city?

Port-Gentil or Mandji is the second-largest city of Gabon, and its leading seaport. It is the center of Gabon’s petroleum and timber industries. The city is located on a delta island in the Ogooue delta with no bridges to the mainland

#8. In which French - speaking city is the largest boulevard and one of the three main bridges named after a former French President?

#9. In Grenada, which city formerly called "La Baye" was founded & named after a British Prime Minister?

#10. Which Ivorian town was named after Louis-Gustave, a former French colonial governor & was the capital city of the French colony from 1909 to 1934?

Bingerville is a cityy in south-eastern Ivory Coast. It is a suburb of Abidjan and is one of four sub-prefectures of Abidjan . It is named after Louis-Gustave Binger, a former French colonial governor

#11. Which Afro-world city, formerly called Beeston after Sir William Beeston was renamed in honor of King William III of England?

Kingston is the capital and largest city of Jamaica, located on the southeastern coast of the island. Formerly named Beeston after Sir William Beeston, who served as Lieutenant Governor of the island from 1693-1700. The city was founded in 1692 after Port Royal, at the mouth of the port, was destroyed by an earthquake.

#12. In 1883, A scottish geologist & naturalist Joseph Thomson was the first to reach Nyahururu Falls in Kenya. He renamed the Falls to Thomson Falls in honor of?

Nyahururu Falls is a 74 metres (243 ft) waterfall on the Ewaso Ng’iro river in central Kenya, a few kilometres from Lake Ol Bolossat. In 1883 Joseph Thomson was the first European to reach Thomson Falls, and named it after his father.

#13. Which West African Capital was named in honor of a United States of America President?

Monrovia is the capital city of the West African country, is located on the Atlantic Coast at Cape Mesurado. The town was named in honor of President James Monroe of the United States

#14. Which city in Nigeria was named after Lewis Vernon, a British colonial secretary in 1913?

Port Harcourt also called Pitakwa is the capital and largest city of Rivers State, Nigeria. The port was built in 1912, but not given a name until August 1913, when the then Governor of Nigeria, Sir Frederick Lugard, named it “Port Harcourt” in honor of Lewis Vernon Harcourt, then the Secretary of State for the Colonies.

#15. Which city in West Africa, is known to the locals as Ndar & it owes its name to a king of France canonized in the 13th century?

Saint Louis or Saint-Louis is the capital of Senegal’s Saint-Louis Region. Located in the northwest of Senegal, near the mouth of the Senegal River, and 320 km north of Senegal’s capital city Dakar. It was named after Louis IX, a canonized 13th-century king of France. Obliquely, the name also honored Louis XIV, the reigning king of France at the time of the island’s settlement in 1659.

#16. Which city in Uganda was named after a British special commissioner for Uganda, whose statue adorns the city's main road?

Fort Portal is a designated “Tourism city of Uganda”, located in the Western Region of the country. It is located about 180 km , north-west of Mbarara. The town is named after Sir Gerald Portal, a British Special Commissioner for Uganda.

#17. Which city is home to an international airport in Ivory coast & was named by a French Naval Captain?

Port-Bouët is a suburb of Abidjan, home to Felix Houphouet Boigny International Airport . It was named after French Naval Captain Édouard Bouët-Willaumez.

Treichville is a neighborhood in Abidjan, Ivory Coast.  Its streets are numbered from 1 to 47. Treichville’s name comes from Marcel Treich-Laplène.

#19. Which of the three capitals of South Africa also called Tshwane, was founded in 1855 by Marthinus - a leader of the Voortrekker & he named it after his father?

Pretoria was founded in 1855 by Marthinus Pretorius, a leader of the Voortrekkers, who named it after his father Andries Pretorius. It is now expected to take the name Tshwane, after a black tribal leader who ruled long before white colonization. The name also means “we are the same” in the Tswana language.

#20. What African capital was called Lourenco Marques named after a Portuguese settler since the 16th century before changing its name in 1976?

Maputo, officially named Lourenço Marques until 1976, is the capital and most populous city of Mozambique. The city is named after chief Maputsu I of the Tembe clan, a subgroup of Tsonga people.

#21. Léopoldville was a capital city of an African country, It was renamed in 1966. What was it renamed to?

Develop your knowledge of African history to better understand the continent today.